There were some great moments in the 70’s both political and social.

• Start of recognising land right for the first Australians

• And of course, some great sounds from amazing iconic bands during that decade and not only gave us songs for our generation but also inspired us to become musicians..

It was a passionate era for music hanging on the coat tails of the 60’s revolution and music went on to voice the times of the 70’s. People in those days who spoke out socially and politically were silenced and considered trouble makers, so musicians used the stage as their podium and lyrics as their speeches,” in order to make social comment. 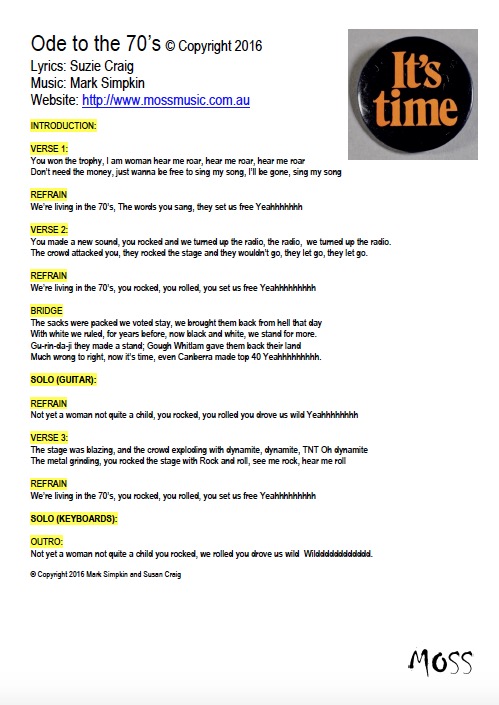