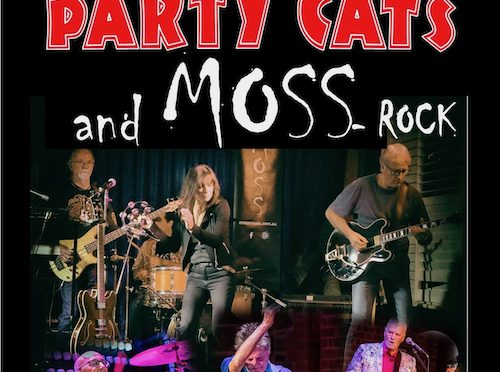 MOSS a five piece ROCK BAND is performing 70’s covers and their amazing ROCK original music which is heavily 70’s influenced with the incredible SUE CRAIG on vocals with a sound reminiscent of Chrissie Amphlett.

BAR and BISTRO from 6pm show from 8pm till midnight.

Moss and The Party Cats will have you BOPPING ON THE DANCE FLOOR ALL NIGHT LONG. The bands will be alternating SETS all night with the very best dancing music. Currently there are no restrictions on dancing and room capacity is up to 240 so it will be an amazing night.

SO GET YOUR MOB GROUP TOGETHER.

Here is our song ODE TO THE 70’S: (LYRICS: Suzie Craig MUSIC: Mark Simpkin) where we’re told the influences of the 1970’s ring through load and clear. 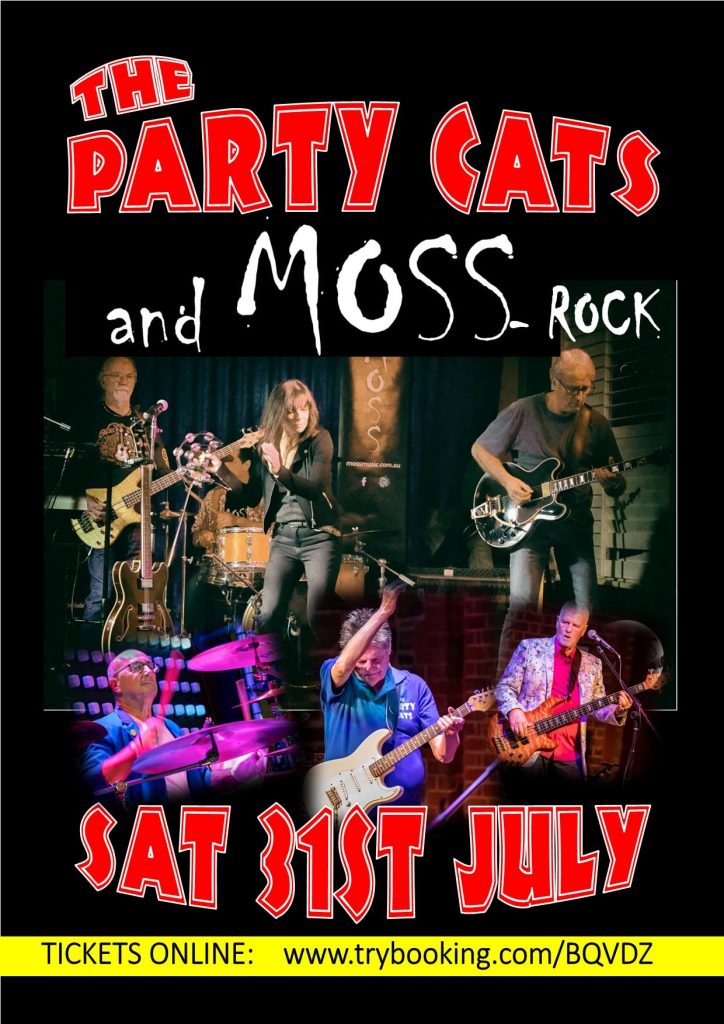