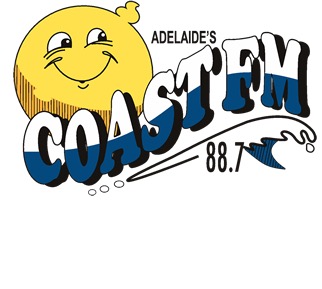 In response to the establishment of FM community radio stations around Australia, a group of councillors from the South Western regions of Adelaide approached the Kingston College of TAFE – now known as the Onkaparinga Institute of TAFE – in 1985, regarding the establishment of a comunity radio station on campus. A steering committee was formed in 1986.

Southern and Western Broadcasters registered an expression of interest with the Australian Broadcasting Tribunal and the first transmission operating as SKY-FM was held over four days in June 1986 from a caravan adjacent to the transmission tower at the rear of the college.

Glandore studios
Following the success of the first trial broadcast with borrowed equipment, the Australian Broadcasting Commission made a redundant stereo radio desk available with grants and donations facilitating the purchase of studio equipment.

A TAFE-funded course allowed the construction of studios in a demountable classroom.

SKY TALK programmes were broadcast on Radio 5UV from August 1987 and then transferred to 5EBI in July 1989.

On the 13th of December 1998, from our humble beginnings at O’Halloran Hill we moved to the Naldera building at the Glandore Community Centre. The Centre is heritage-listed, with a colourful history of it’s own dating back to the 1890s.

Coast FM is licensed to serve the Southern and South-Western community in the Adelaide metropolitan area. The station operates 24 hours per day, with live presenters providing personal contact with listeners. From 6.00am to 6.00pm the Committee of Management dictates the type of programming, such as news, sport, music and special reports.

Adelaide’s Coast FM’s programming has a very heavy bias towards popular rock and pop music from the 1950s, ’60s and ’70s, which suits the main audience who are 39 years plus. Coast FM also features country music, every day from 2pm to 4pm.