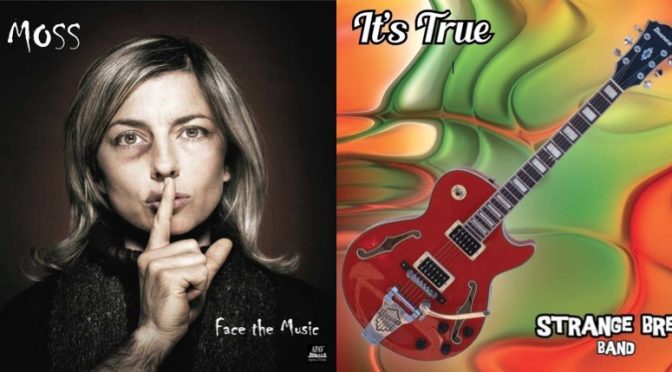 The GOV will host Two Bands, MOSS and Strange Brew will Launch their new CD’s and perform them live on stage in The GOV’s back room.

MOSS band members grew up in an era where songs were very much media commentary. The stage was the podium, the lyrics the speeches, as this was the only social platform for political and social voice. Young outspoken people in the 60’s and 70’s were considered troublemakers, anti-establishment and suppressed.   Songs with a social message and story continue to resonate with MOSS and we are about to launch their first CD titled:   “Face the Music”.   Mark Simpkin, Clive Pollard and Suzie Craig are the song-writing arm of MOSS.

“Moss writes and performs songs that have a little more to them than the steady diet of regurgitated emotional claptrap……” Ref: John Schumann; Composer, Performer & Writer

“……. Modern music as art with a message has a place in our nation and Moss may be at the forefront of this movement” Ref: Peter Withy; Marketing consultant and co-founder of KWP!

Strange Brew Band was formed just over a year ago, by lead guitarist, singer and songwriter, Phil Bennett, Phil has a long history of in Rock music paying in support bands in the UK and bands in Oz. Phil approached Singer Liz Skinner regarding, singing some of his original songs, at the time Liz was part of a duo with guitarist Mark Langford, who with Drummer Steve Amos and Bass player John Kings who also has a long history in Rock Music, Strange Brew Band playing original music, came to fruition.

Bruce Keir, proprietor of Chapman River (Happiness) Winery Kangaroo Island, “I would suggest you have clearly undercharged me for tonights performance….”

I can see and FEEL so much more magic on stage. No doubt about you Sue -you apply and listen and do. LOVE that. T x (Ms Trace)

“A fantastic night – what a way to get energised for the week ahead, listening to the Moss’d up version of so many classics. Great performance, so full of energy and feeling – could listen to your distinctive voice all night, Sue – not to mention Mark’s guitar playing! Looking forward to the next gig….” (Veronica Lee)

“Top band, top people and great stage presentation. Have you heard Mark and Sue’s acoustic act, fantastic, soul searching, brings back the power of music, from the heart, if you feel the messages that music send out, you will know what I mean.” David Yelland “The Others”

“Hi folks. Glad to have met you at the C.B.S.C last Sunday. Judy and I certainly enjoyed your music, and can’t think of a tune that we didn’t know. We will be telling our friends about your band/music, and will also look forward to seeing you Thursday night. We certainly had a great time!”… (Trevor Doman)

Jo Little They were great!

Ms Trace,  Too too too good, What a message, Big UP!

Me2Michelle; Thank you for giving us such a beautiful song. The lyrics are so touching for those who are, or know someone who is transgendered. The words are so poignant, I just had to write them down . . .

Thanks for a great show at the the castle ent ctr. Jennifer, Robert, Pat and Fred xx – (Jennifer Green Facebook Messenger)

Selina Simmons This is AWESOME! Good on you guys!

Michelle Pike It’s a message that must be continually bought to the front of our minds…. Congratulations Moss!

Carol Lake Wonderful Sue and Mark. Very warm and engaging article. Great promotion. AND “Belle – Will you still love me when I Change ” was played and the film clip screened on two large screens at the Annual Isabelle Lake Memorial Lecture and Forum discussion at the University of WA last Tuesday. It was very well received amongst a large and varied audience.