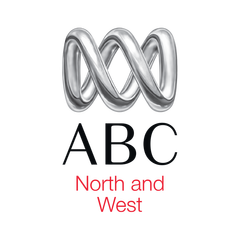 The Flinders Ranges BIG OPEN MIC is an event to highlight the region and the beautiful flinders ranges, to have an attraction (event) to bring people to the flinders to see it for themselves and to support the outback communities.

It is an event for everyone young and old, locals or anyone else from anywhere.

The organisers of the Flinders Ranges BIG OPEN MIC have created the event along with the musicians to bring some positivity & cheer to the town of Hawker & region.  After all the negativity that has surrounded the Federal Governments plan to build a Nuclear waste facility near Hawker at Barndioota, causing a divide between friends, family and citizens of the township and region. The musicians will be bringing greats sounds & styles to have some great fun & offer some waste dump relief.

The organisers are hoping to bring an event model that will be popular, economically viable and sustainable to develop into the future.

They are in the belief that an event of this kind can be a draw card to the town and region. It would bring to the area more people and extra capital and another reason to visit the Flinders Ranges.

The organisers know that some spending on infrastructure in the Flinders region on top of what is already there along with other events and the tourism season, it would be far better off socially, culturally, environmentally and economically to the local people, region and state.

The town and region would be far better off developing tourism than having the Nuclear Waste Dump.

With other developed exciting tourism regions like the Barossa & Clare Valleys, Coonawarra, Eyre Peninsular locations, with the festivals, activities & adventures to be had in South Australia. Tourism diversity will bring a whole lot of economic business to South Australia and its regions.

Should the Federal Government jeopardise our State assets and the on going investments & developments in a clean sustainable economic future?